Prostitution is one of the oldest trades known to mankind, dating back to the existence of civilization. Women and, with the advancement of years, men, have lined dimly lit street corners, luring clients for centuries. And now in the current digital era, prostitutes around the world, Kenya included, are moving the trade to a new frontier – the internet.

Commercial sex work, although illegal, is a rampant daily occurrence in Nairobi.

“Approximately 7,000 sex workers operate in Nairobi per night, with each having an average of 3-4 clients, which translates to between 21,000 and 28,000 sexual activities a night,” a report said.

City authorities ruled out legalization of prostitution despite demands by sex workers that they be recognized. Some of the registered licensed massage parlous are actually operating as sex dens and brothels with both owners and patrons aware of the same, hence increasing the popularity of sex work in Kenya.

Kenya’s government has been severely criticized because of its lack of response to the booming sex tourism and child exploitation especially on the Kenyan coast. This booming trade in sex tourism goes on with the Kenyan Tourism Police’s full knowledge.

They do not want to discourage the hundreds of thousands of white tourists from coming to Kenya’s coast, regardless of the damage it does to young Kenyans. Moreover, it’s no secret that most of our leaders are regular clients in these sex dens.

Kenya has in fact been ranked as the 7th most popular destination for sex tourism, WORLDWIDE. To date, no single website has been blocked by the government and the rate at which they are growing is alarming. 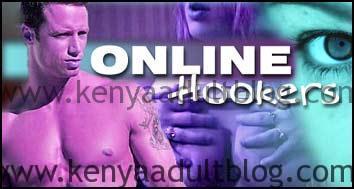 Global adult content has been growing by the day, and Kenya has jumped on the bandwagon. Escorts advertise on personal websites and email with clients before meeting up. All of this, according to them has made the black market safer and somewhat more lucrative compared with the days when they could mostly walk the streets looking to pick up men.

A number of sites have a section where clients can leave reviews for escorts. The following is a list of links to the most famous websites which prostitutes are currently using to market their trade in Nairobi.

RedLight Districts
• Koinange Street area (Also called ‘K’ Street) is a Red Light District in Nairobi. There are whores selling their body just for about 200-250 shillings. Young ladies in their early twenties are engaging in the practice.
• Many whores have moved to hanging around Escorts In Westlands Area In Nairobi
as well.

Prostitutes and Sex Workers
Some of the prostitutes go on in broad daylight in joints in downtown Nairobi where male clients flood to satisfy their sexual urge.

These Nairobi prostitutes are sex workers at day time and housewives at the night time.

Street Hookers
Street hookers in Nairobi ask normally 250 shilling for one round and 800 shillings for whole night. You will probably see young Nairobi street walkers in the areas mentioned below.

Street whores in Nairobi are cheaper in residential areas than what they cost in the city center. Most girls will line up on the street until 4am, but some girls work 24 hours on the street.
• In the Red light district on Koinange Street.
• Intersection of Koinange Street and Kenyatta Avenue.
• Westlands Road area at night time.
• In front of Amar Hotel, prostitutes standing in the corridors making it hard for anyone to pass through.
• Kitale Hotel, prostitutes sitting on the couch inside. Some of the hookers are in a groups and some are alone.

Strip Clubs & Lap Dance
• APPLE BEEZ, Located along Gaborone road, this is the pioneer of stripping business in town. They literally set the trend in the industry. With strippers from as far as Brazil and USA, they are obviously serious about what they do.
• LIDDOS, Located along Keekoroke road, this is the one joint edging out Apple beez as the ultimate Nairobi’s top strip club.
• F3 PANGO, A sister club to the renowned Florida pack of night clubs, its located along Moi Avenue in the same building that Florida 2000 is located. Actually you use the same entrance to F2. After 11pm, the music is usually very loud. Lots of foreigners are seen in this club. This is definitely a high end joint, Sudanese are also spotted making it rain here.
• TAHITI CLUB, Another club located along river road. It’s a relatively small club with the balcony serving as the VIP section.
• SMALL WORLD STRIP CLUB, Located on a lane just off River road and on the 5th floor of an old building.

Brothels
• Munyu Road Junction on both sides of Luthuli, there are two of them.
• On the last building on Luthuli street on the right, there are three. That is where a lot of High school students prefer. Maybe because of the price. You will always catch them there during openings and closing of schools.
• The famous Kericho East. Across River Road.
• Duruma Road, there is a bar called bar Jerry’s. There are two more dingy lodges there which are brothels.
• Tea Room is probably the most famous (after Sabina Joy). If you climb up the stairs to the reception, the only business there is selling out rooms and condoms. There are many prostitutes in the bar and in the rooms.
• Nyandarua Lodging, River Rood, Prostitutes always loitering around there, some of them under-aged.

Transsexuals / Shemales
You can sometimes find transvestites from Kirinyaga Road in Nairobi. Most are men with their faces heavily powdered, their lips evenly glossed and nails pedicured. Some look more feminine than others.

Gay and Lesbian
Homosexuality is “largely considered to be taboo and repugnant to [the] cultural values and morality” of Kenya, and the state punishes same-sex sexual acts as crimes. .
There are lots of male gay sex workers in Nairobi especially in Kirinyaga Road and in pubs and clubs in the area. Some clubs have mostly only male prostitutes waiting to be picked up. Clients often offer more money for unprotected sex to the gay prostitutes. All night sex price is roughly 10,000 shillings (US$120) without a condom and Sh5, 000 (US$60) with a condom. There are about 4,000 male prostitutes in Nairobi, mostly in their 20s.

Being given size by wife

Naughty woman makes VIDEO smoking a Cigarette with her with PUSSY